It is assumed that the first diamonds were found in India, as early as 800 years BC. And India remained the most important supplier of diamonds until the 18th century.
Since circa 1650 Borneo, where diamonds have been found from the start of our era, has been a supplier of diamonds to the Dutch diamond industry.

In 1725 diamonds were discovered in Brazil, then in Russia in 1829, in Australia in 1851, in South Africa in 1866, and in East Siberia in 1948.
At the beginning of the 21st century, diamonds are found in more than 20 countries throughout the world, although not on the continents of Europe or Antarctica.
Of the total world production, 5% is used for jewellery, the rest for industrial applications. Jewellery diamonds are cut in only a limited number of locations in the world. 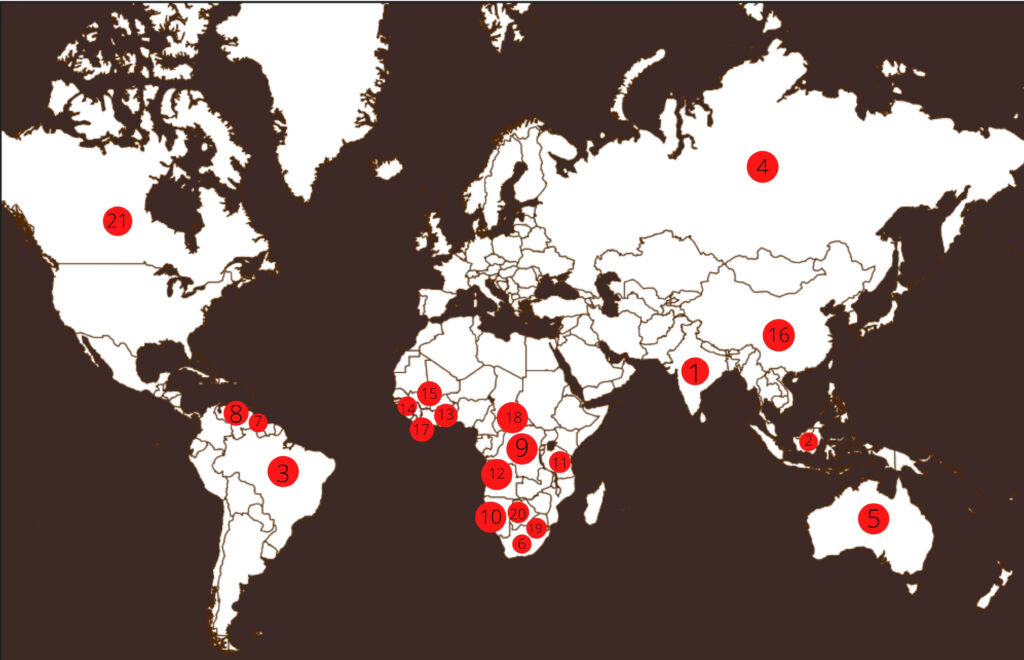 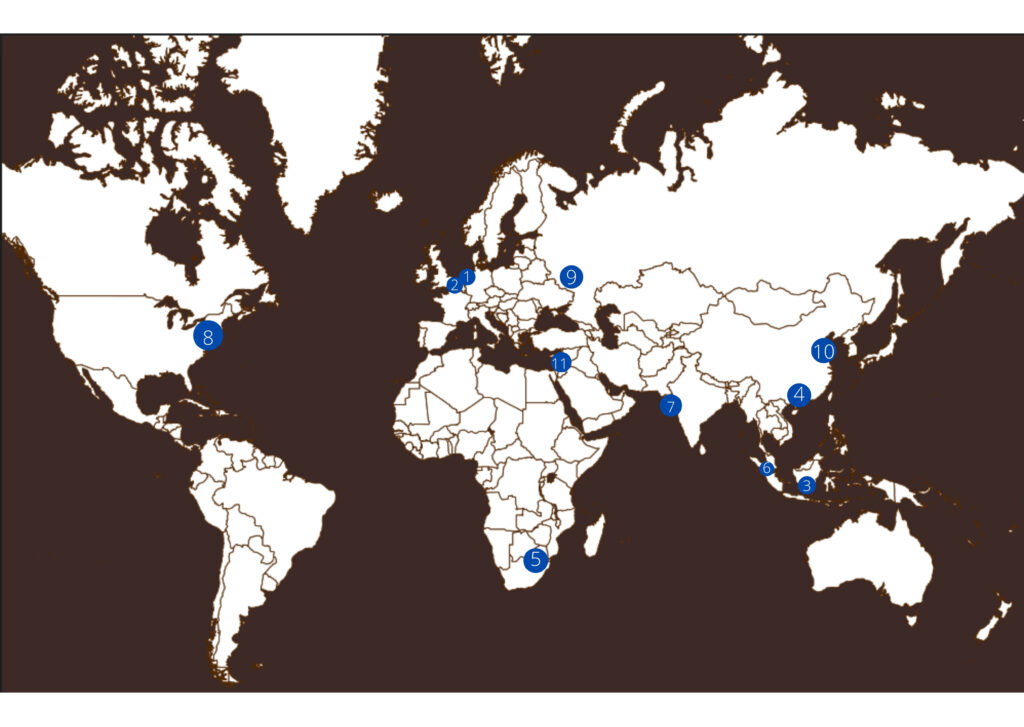