Famous diamond: the big and sparkling ones

In the history of the diamond, there are a few that became world famous, either because they are exceptionally large, especially beautiful in color and fine cut, or because they were owned by famous people.

In the course of time, legends formed around these stones, so that they began to appeal even more to the imagination. In the museum we highlight a couple of the most famous diamonds such as the Cullinan diamond and the Koh-I-Noor. Impressive stones with a remarkable history. 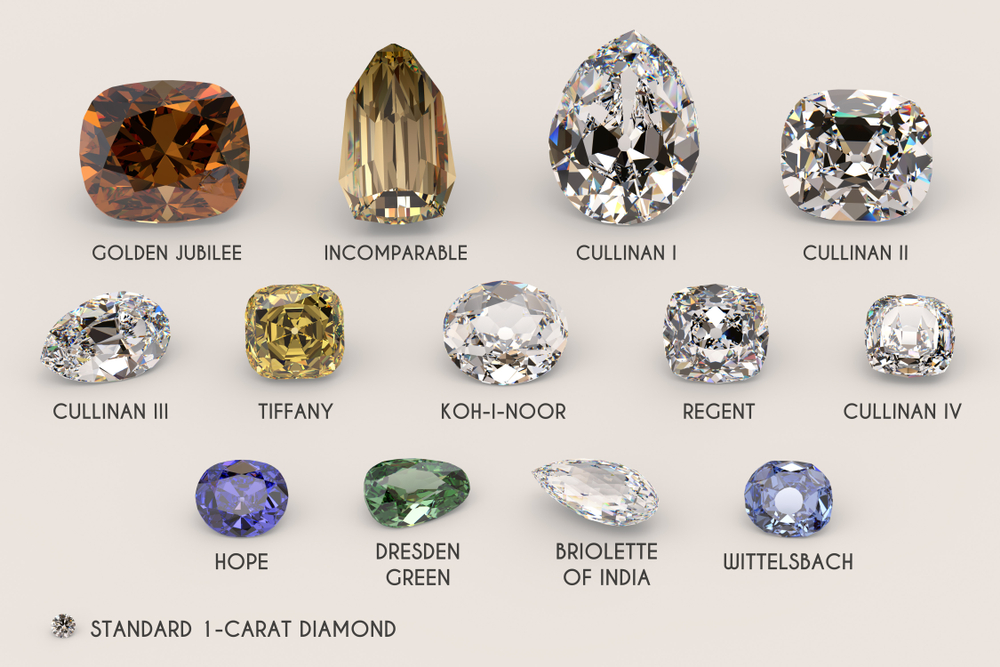 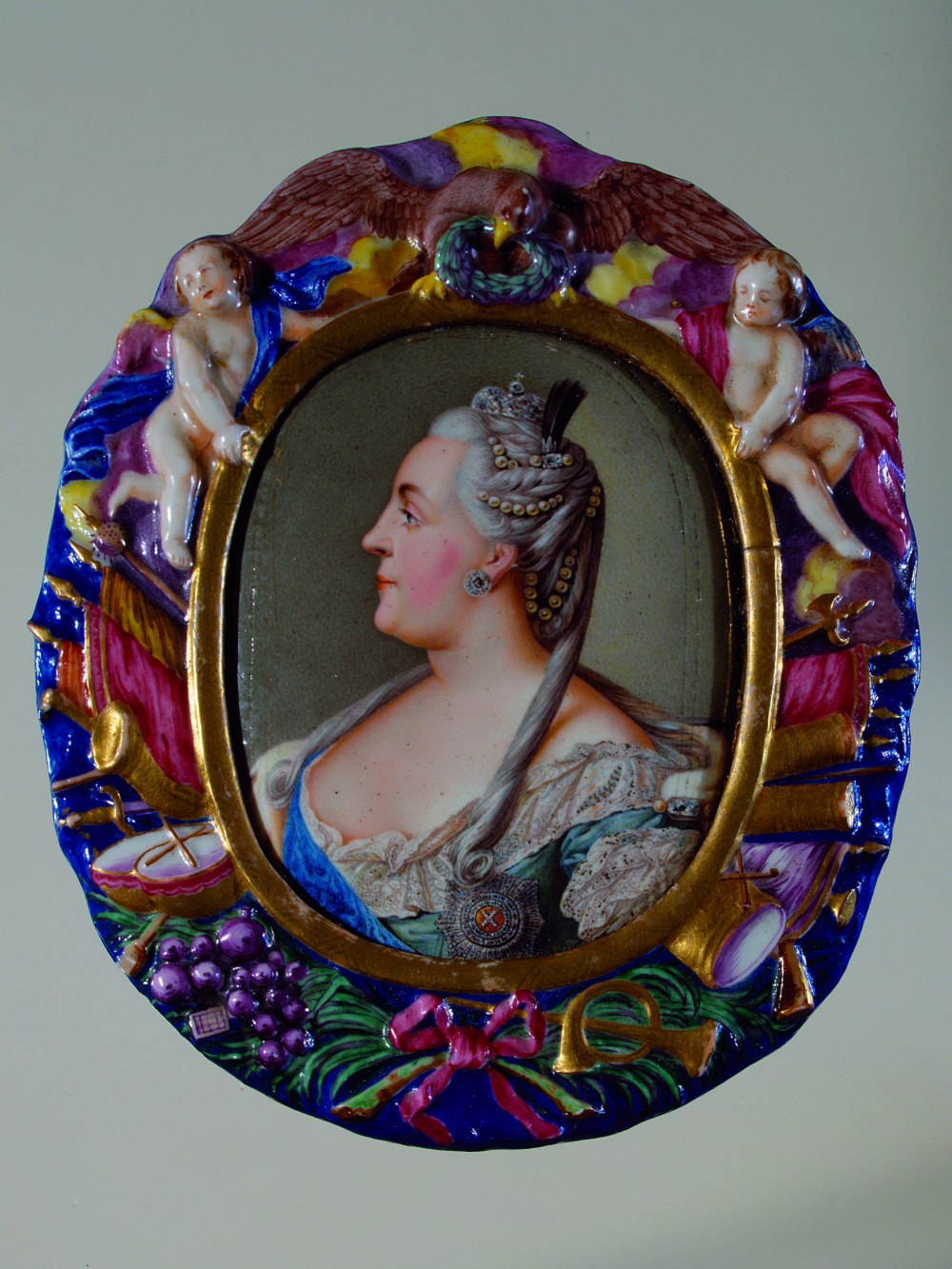 Orlov ‘The Sun of the Sea’ was the name of a diamond weighing 194.75 carat. According to legend, it was stolen from the eye of a temple statue in the former Indian state of Madras by a French soldier in the middle of the 18th century. After various wanderings, the diamond (with the measurements of a ‘small Bantam hen’s egg’) ended up in Amsterdam in 1767. There it was bought by the Russian count Orlov who hoped to win back the love of the Russian Empress Catherina II with it. She accepted the stone, had it set in the Imperial Sceptre, but did not restore Orlov to favour.

Count Grigori Orlov, after whom the diamond was named. (Collection: Hermitage, St. Petersburg). 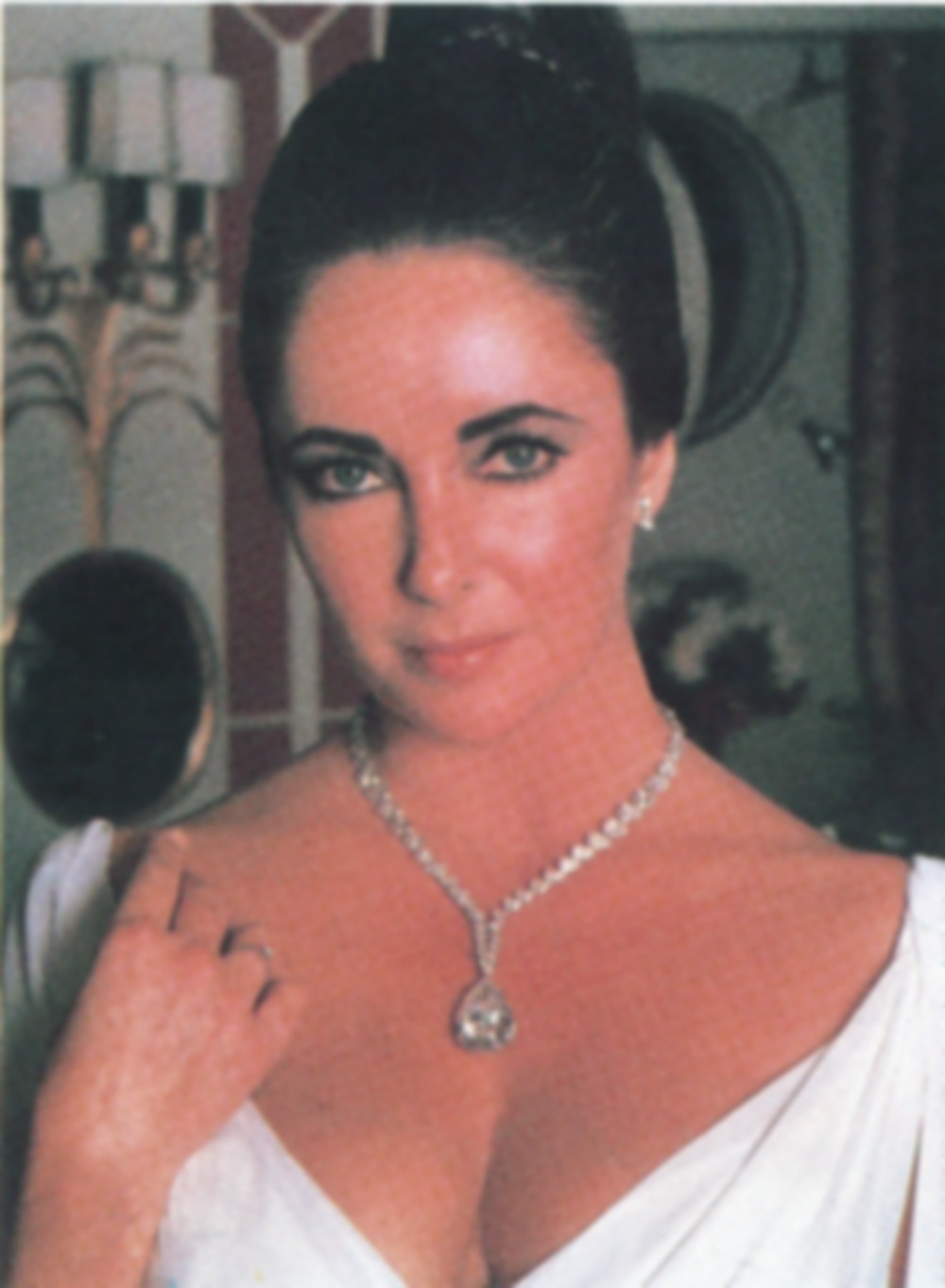 In 1969, the English actor Richard Burton bought a 69.42 carat pear-shaped diamond for his wife, the American actress Elizabeth Taylor, at a price of $ 1.05 million, which was at the time the highest sum ever paid for a diamond. In 1978, Taylor sold the diamond again, after the couple had divorced, for a price of $ 5 million.

The Shah is one of the few diamonds with an inscription: the names of three owners since 1591. Given the hardness of the stone, this is a remarkable accomplishment. The stone weighs 88.7 carats and is partially uncut. The Shah was in Persian possession from 1739 onwards. To prevent a war that was threatening to break out between Persia and Russia, the Persians gave the diamond to Czar Nicolas I in 1838. Now the Shah is part of the Russian crown jewels and is exhibited in the Kremlin. In the Shah the names of three owners since 1591 were engraved. 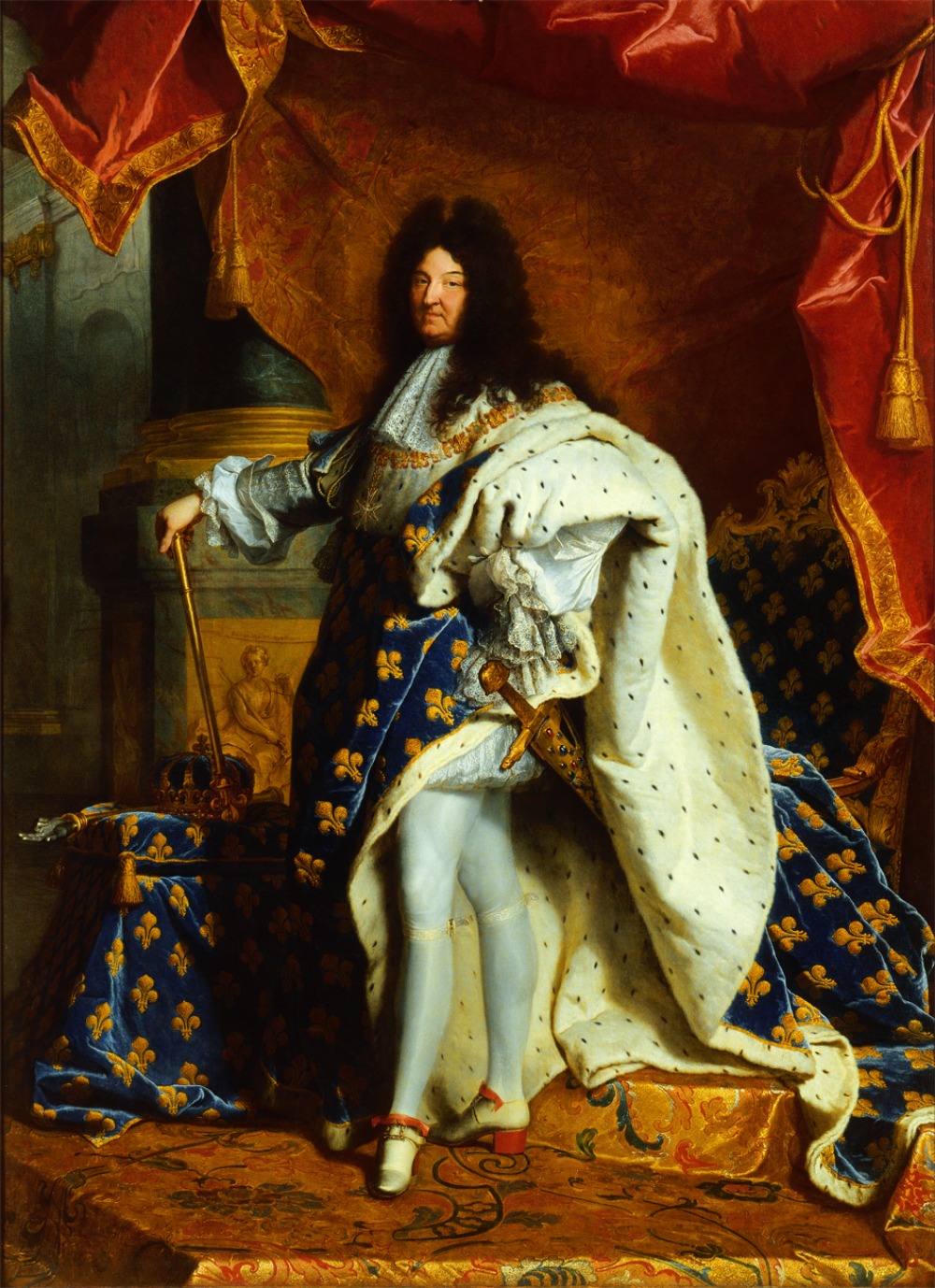 The Hope. The Hope diamond is very notorious; it is said that this stone will plunge its wearer into misfortune. The stone is named after Lord Henri Philip Hope, who bought this 44.5 carat blue diamond in 1830. The diamond was supposedly cut from the Great Blue Diamond of the French crown’. The stone originated in India and was sold to the French King Louis XIV in 1669. The stone remained in the possession of the French Royal Family until shortly before the French Revolution (1792). It was then stolen, and turned up in London in 1830. From 1910 to 1949, the Hope was owned by Evelyn Walsh McLean, the wife of newspaper magnate Edward McLean. Whether or not the Hope was to blame, it is a fact that she met series of accidents: her brother died young, her 9-year old son was killed by a motor car, she divorced her husband who later died in a psychiatric institution, her 25-year old daughter committed suicide and at the age of 60 she herself died of pneumonia. Since 1958, the Hope diamond has been in the collection of the American museum organisation, the Smithsonian Institute in Washington. There it appears to have caused little harm until the present day! ‘King Louis XIV, in regal costume’, by Hyacinthe Rigaud in 1701. Louis XIV bought in 1669 the Great Blue Diamond, from which later on the Hope was probably cut. (Photo: Gérard Blot, Réunion des Musées Nationaux, Paris) 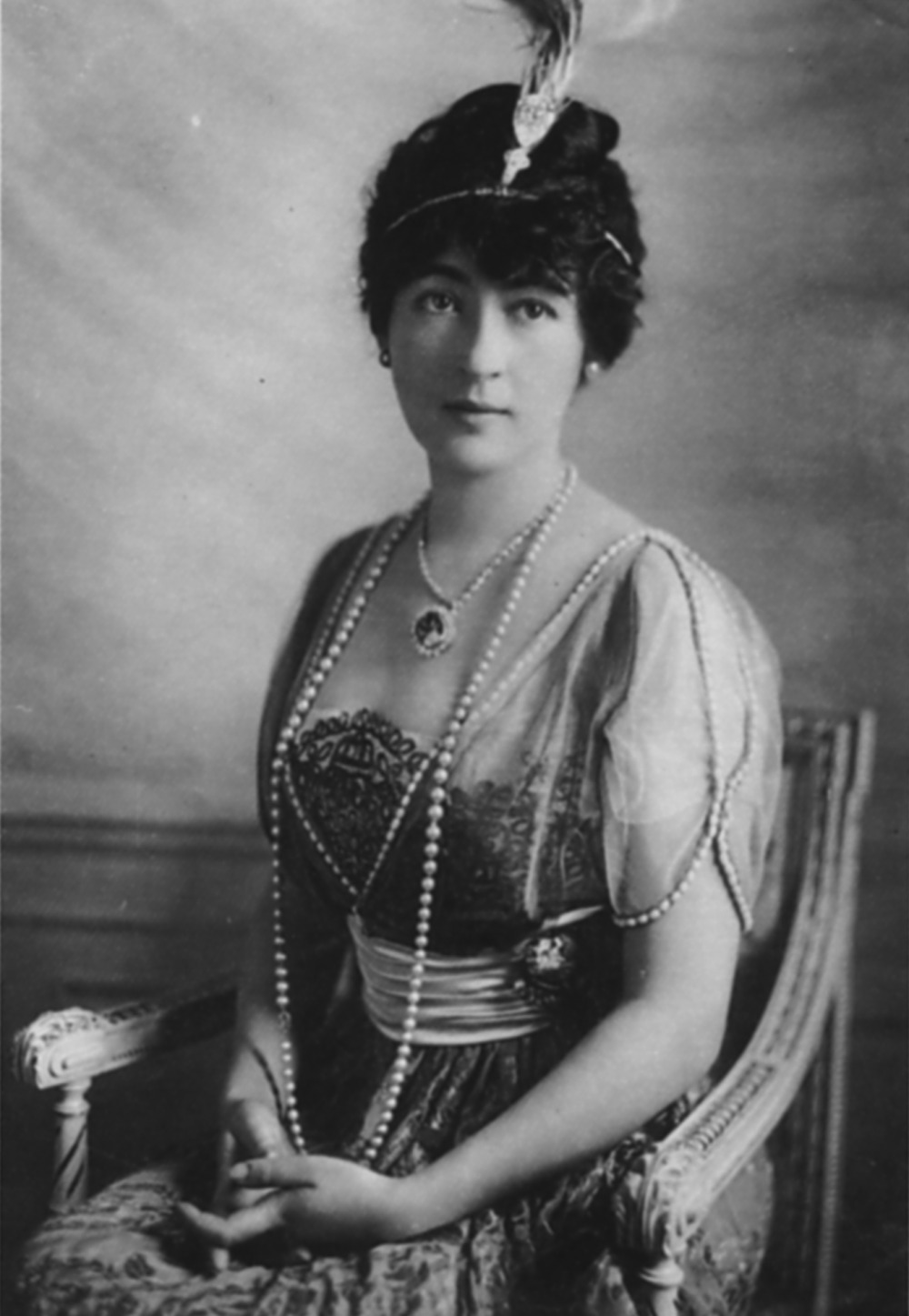 Evelyn McLean possessed the Hope from 1910 till 1949 (courtesy Cartier, Paris) 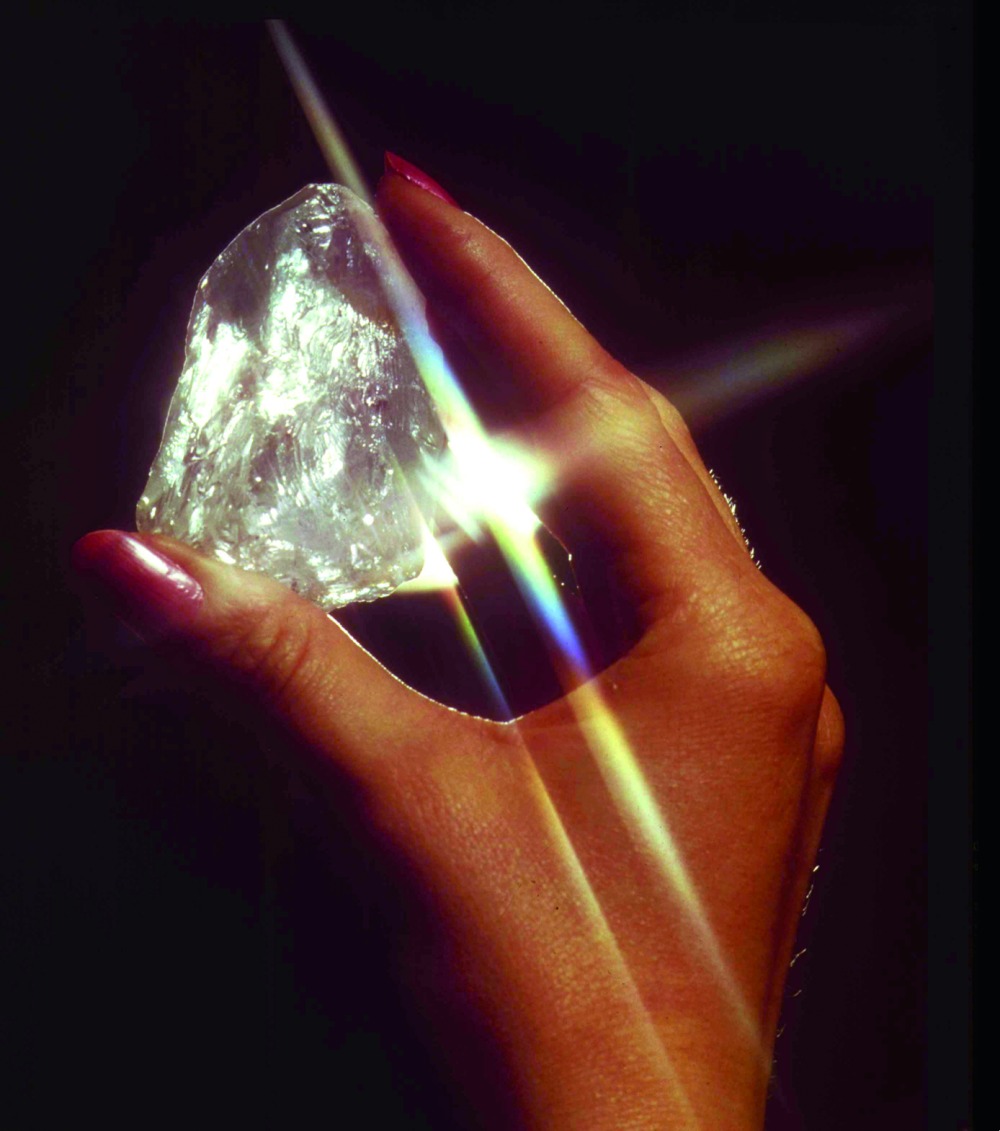 The largest alluvial (found in a silted-up riverbed) diamond. It was discovered in 1972 and weighs 969.80 carats. Harry Winston, a well-known diamond dealer in New York, bought it and had 17 stones cut from it, 13 which are flawless. The largest (53.96 carats) is also called Star of Sierra Leone. The Star of Sierra Leone (De Beers Archives). 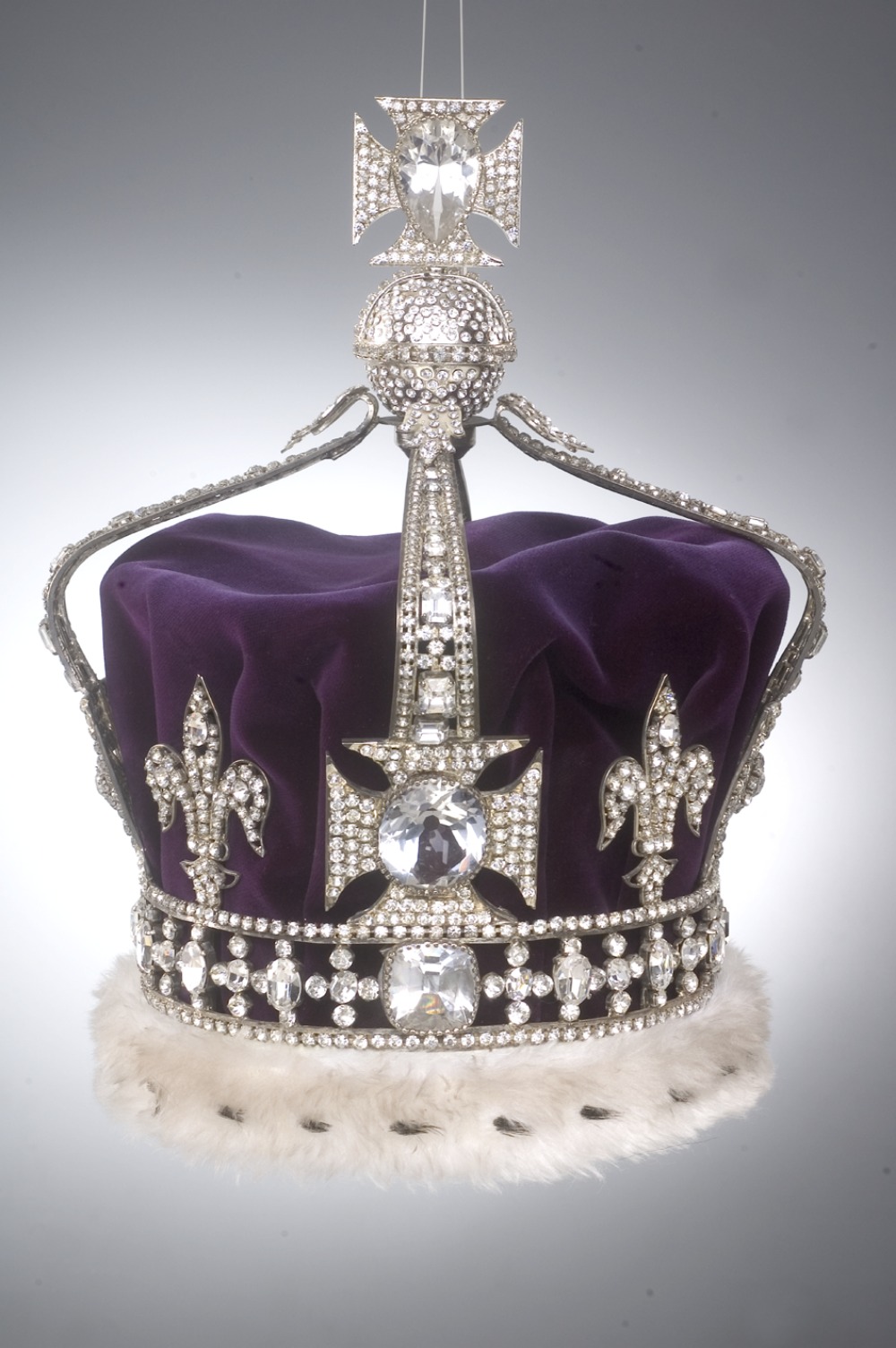 One of the most famous diamonds in the world is the Koh-I-Noor, which means ‘Mountain of Light’. In the 16th century, its value was estimated to be ‘the total in-come of the entire population of the world on a single day’. The legend goes that this stone brings misfortune to male owners. Throughout its long history in India, present-day Pakistan and Iran, many of its owners have died in terrible ways. In 1849, the stone was taken by the British army as booty and presented to Queen Victoria. In 1852 she had the stone re-cut by the famous cutter Louis Voorzanger and bruter Fedder of Coster Diamonds in Amsterdam. The stone was given an oval brilliant form, and reduced in weight from 186 to 105,60 carats. It was set in a brooch as well as in a crown. In 1937, the Koh-I-Noor was set in the coronation crown of Elizabeth, Queen Mother. The coronation crown of Elizabeth, Queen Mother of England with the Koh-I-Noor in the centre (courtesy H.M.S.O. London). 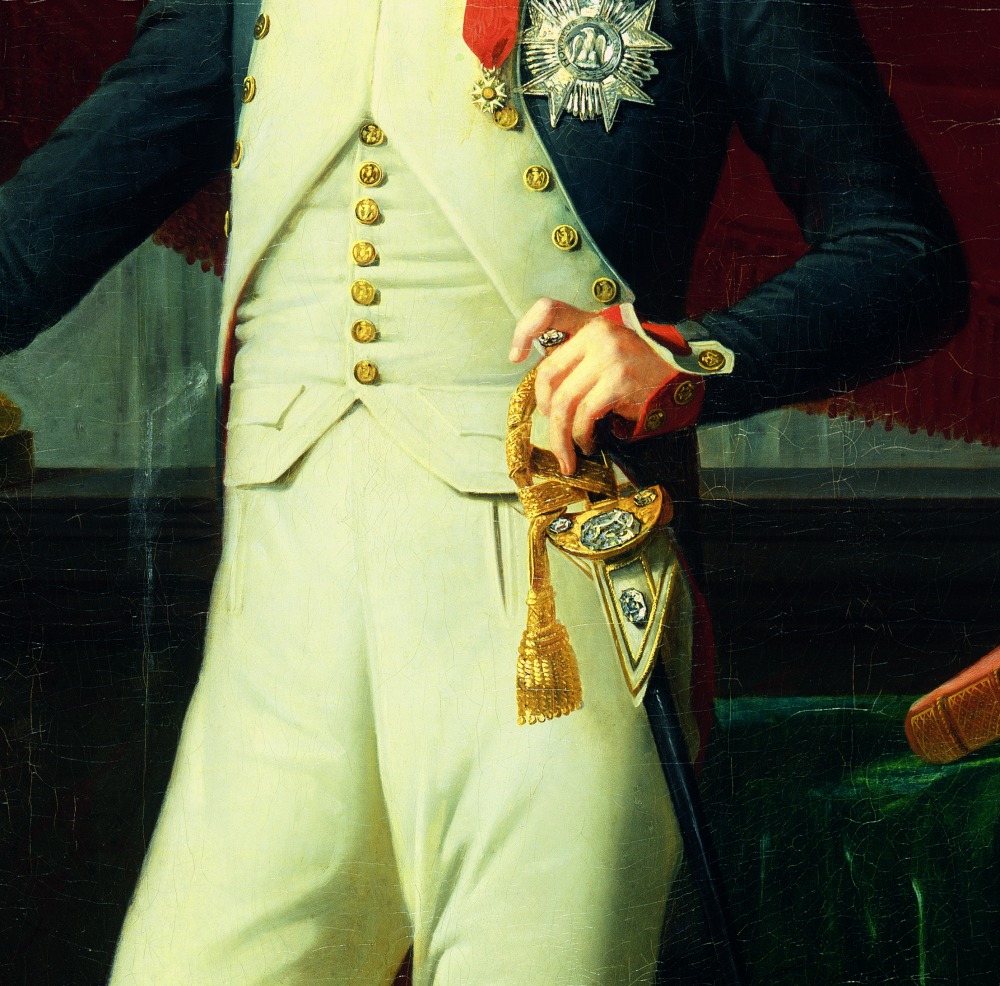 Two famous diamonds of Indian origin are the Regent and the Sancy, which both came into the possession of the French Royal Family. Louis XV had the Regent set into the Royal crown in 1722. Later it was set in the hilt of Napoleon I’s ornamental sword. It was also used as security for large loans to help finance the French wars of expansion at the end of the 18th and beginning of the 19th centuries. This was also true of the Sancy, which arrived in France via Constantinople at the end of the 16th century, bought by Nicolas de Sancy. The Sancy changed hands many times; it belonged for a while to the British crown jewels, returned to India and was sold to the Banque de France and the Louvre Museum in 1978. Currently, both diamonds may be admired in the Louvre Museum in Paris. Napoleon I, emperor of France (1769 - 1821) Robert Lefèvre (Photo: Gérard Blot, Réunion des Musées Nationaux. Paris). The Regent is set in the hilt of his sword. 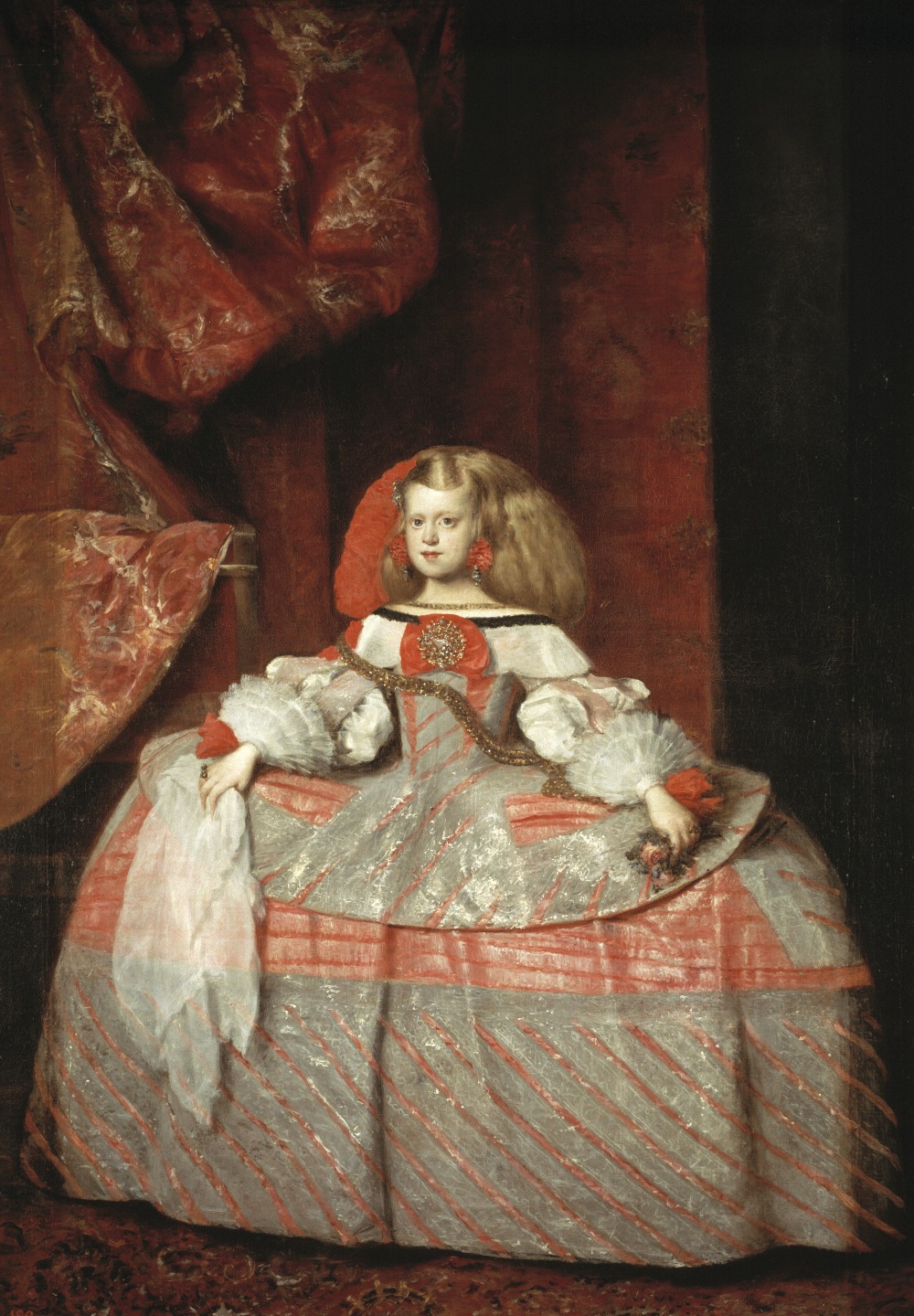 This sapphire blue stone of 35.32 carat is of Indian origin. It has been suggested that a diamond of such rare colour must once have formed part of the famous French Blue diamond of which the Hope originated. It would be interesting to ascertain whether the Wittelsbach has physical properties similar to the Hope. In 1664, the Spanish King Philip IV gave it to his daughter Margareta Teresa on her marriage. In 1722, the stone came by heritage into the possession of the Bavarian King Albert of the House of Wittelsbach. Thus the diamond received its name. After the abolition of the monarchy in Bavaria, the diamond was sold in 1931 and is now in private ownership. Infanta Margareta Teresa was given the Wittelsbach by her father Philip IV of Spain, at her wedding in 1664 (painting by Diego Velasquez) (Collection: Prado, Madrid).