The House of Oranje-Nassau

The various generations of the Dutch Dynasty of Oranje-Nassau have built up a remarkable collection of jewels over more than 350 years. At the beginning of the dynasty, the jewels were regarded as valuable objects which symbolized power and status.

In 1968, Queen Juliana placed a number of important jewels with the Crown Property Foundation of the House of Oranje-Nassau. In this way, they remain available for use for coming generations, but may not be sold. 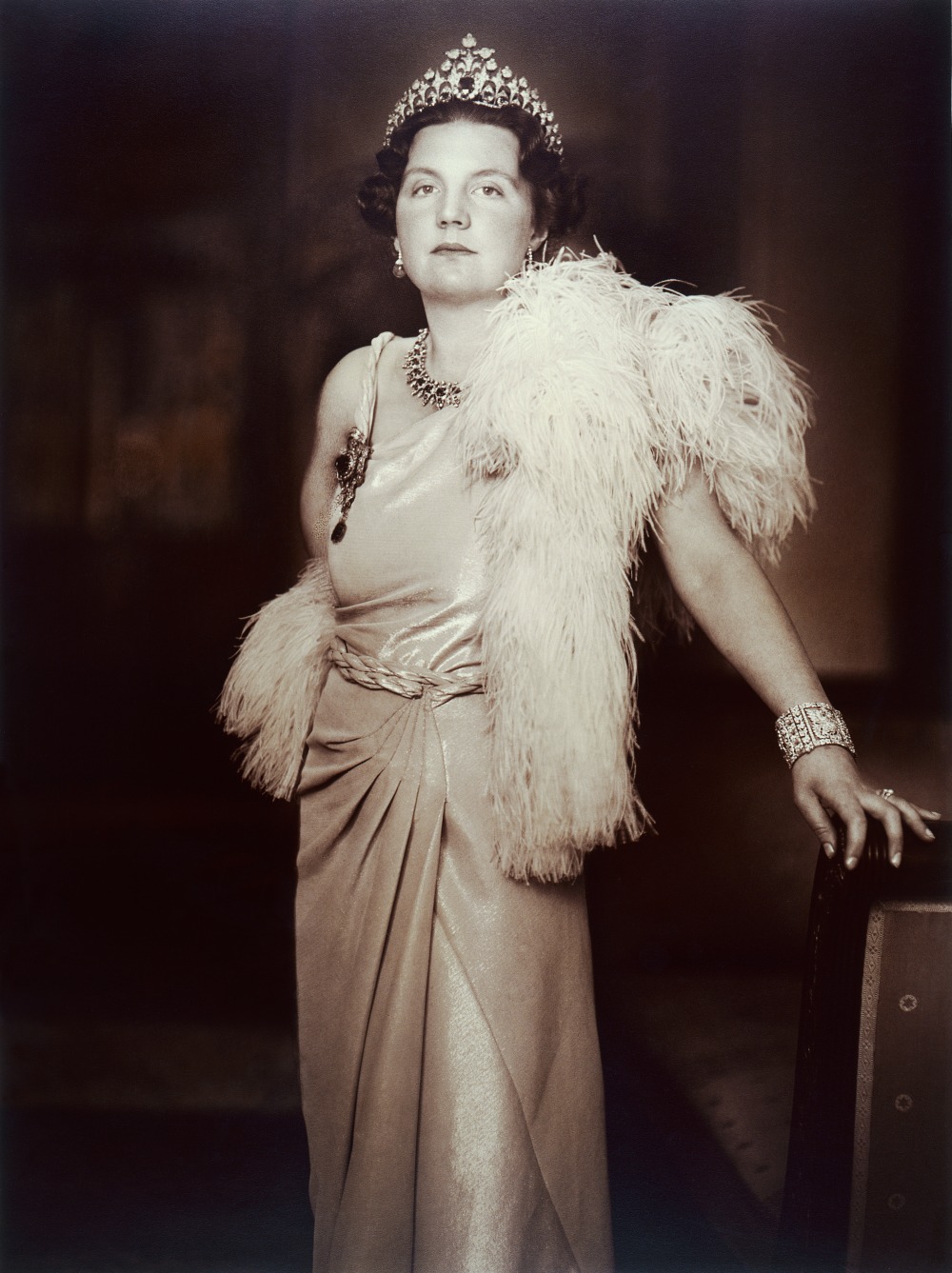 From the second half of the 19th century onwards, the people of the Netherlands have repeatedly presented jewels to its Queens as a national gift. When in 1879 Willem III married for the second time, his wife Queen Emma was given a diamond rivière, or necklace, and a large brooch as a ‘National Tribute’. In 1901, on the occasion of her marriage to Prince Hendrik, Queen Wilhelmina received a parure (a set of jewellery) as a national gift, consisting of a tiara, a necklace and two bracelets. In the centre of the tiara is a brilliant ‘larger than a pigeon’s egg, pure as a dewdrop’. On the occasion of her marriage in 1937, the inhabitants of what was then the Dutch colony East Indies (Indonesia) presented the then Princess Juliana with a bracelet which contains more than 1700 flawless bluewhite diamonds. On the fiftieth birthday of Queen Juliana in 1959, the people of the Netherlands gave her a bracelet watch. Official portrait of Princess Juliana, with the wide diamond bracelet that she received from the people of the Dutch colony East Indies on the occasion of her marriage, 1937. Photo: F. Ziegler (Collection: Koninklijk Huisarchief, The Hague) 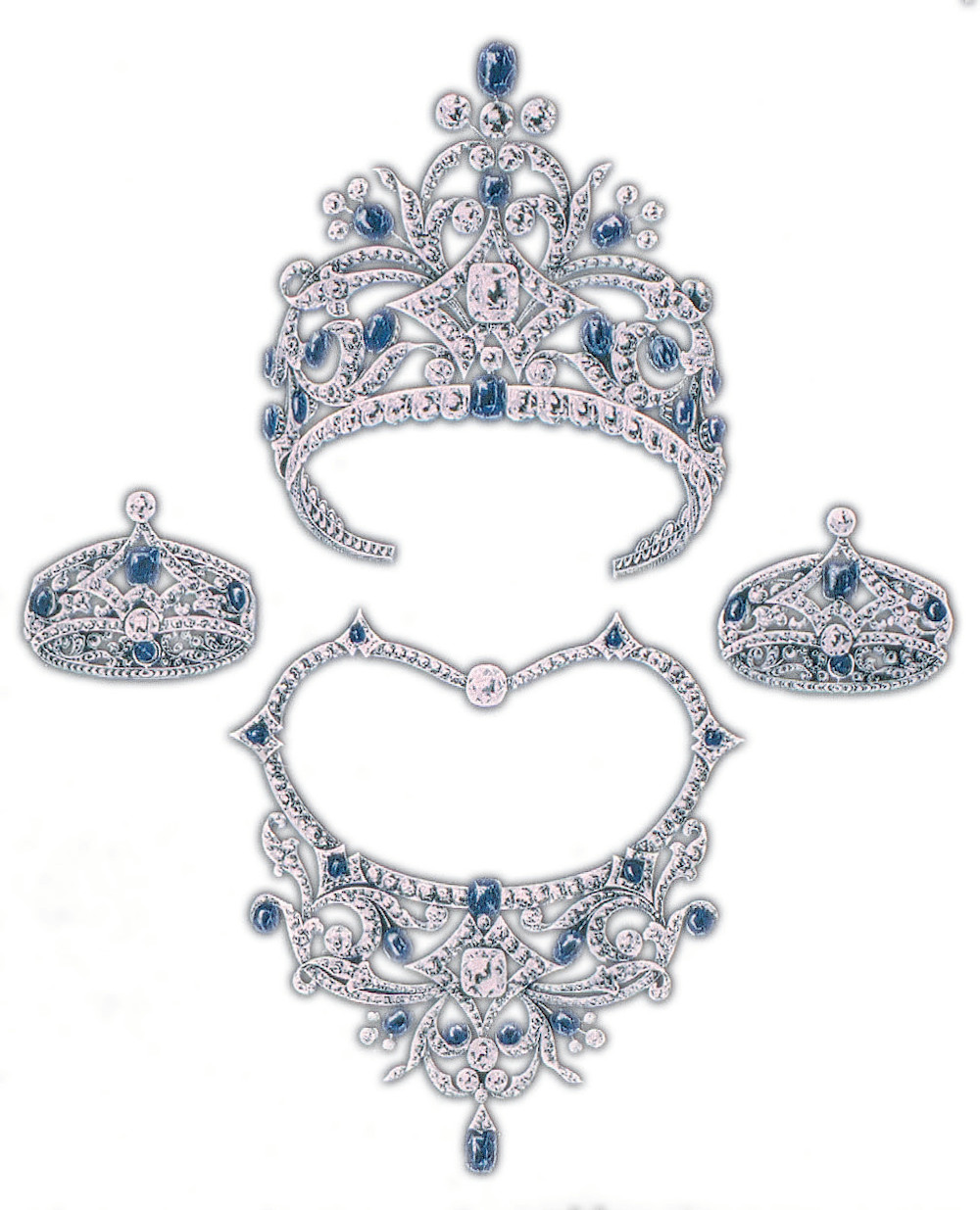 On the occasion of her wedding to Prince Hendrik van Mecklenburg-Schwerin in 1901, Queen Wilhelmina received a parure of ornamental jewels as a gift from the Dutch population. The set consisted of a tiara, a necklace and two bracelets. Set in the centre of the tiara was a diamond of more than 20 carats, ‘larger than a pigeon’s egg, pure as a dewdrop’, originating from the Golconda mine in India. After the death of Queen Wilhelmina in 1962, all the stones, including the Queen Wilhelmina diamond, were removed from the tiara, to be set in newly-designed jewellery pieces. 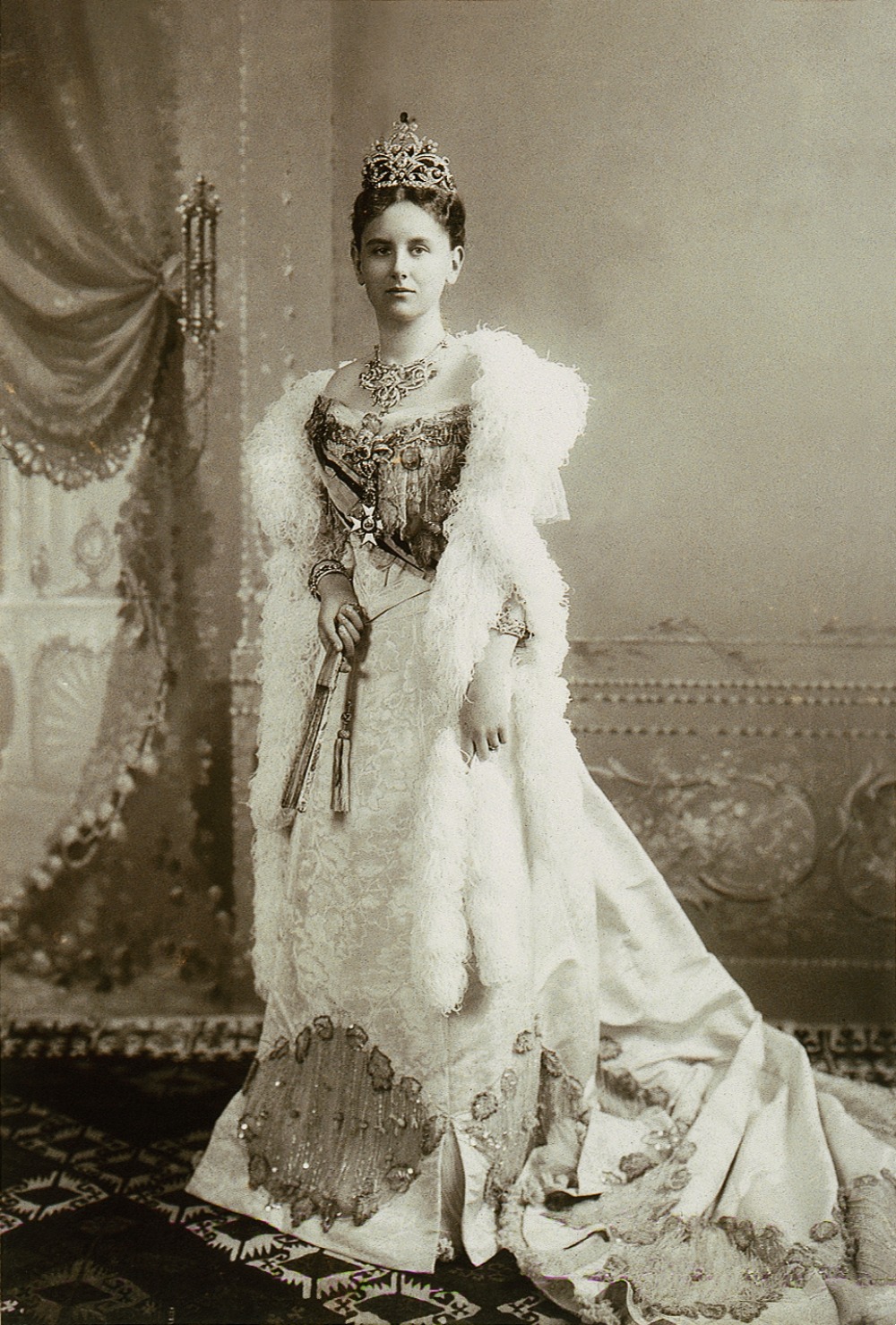 Official portrait of Queen Wilhelmina with the ornaments from the national gift on the occasion of her marriage in 1901. Photo: Wegner & Mottu, Amsterdam 1903. (Koninklijk Huisarchief Collectie, The Hague)

Queen Wilhelmina wore different versions of the tiara on multiple occasions, such as on her official portrait when she was 17 in 1897, or on her 25th wedding anniversary in 1926. Photo: Ben Grishaaver (Collectie: Koninklijk Huisarchief, Den Haag). 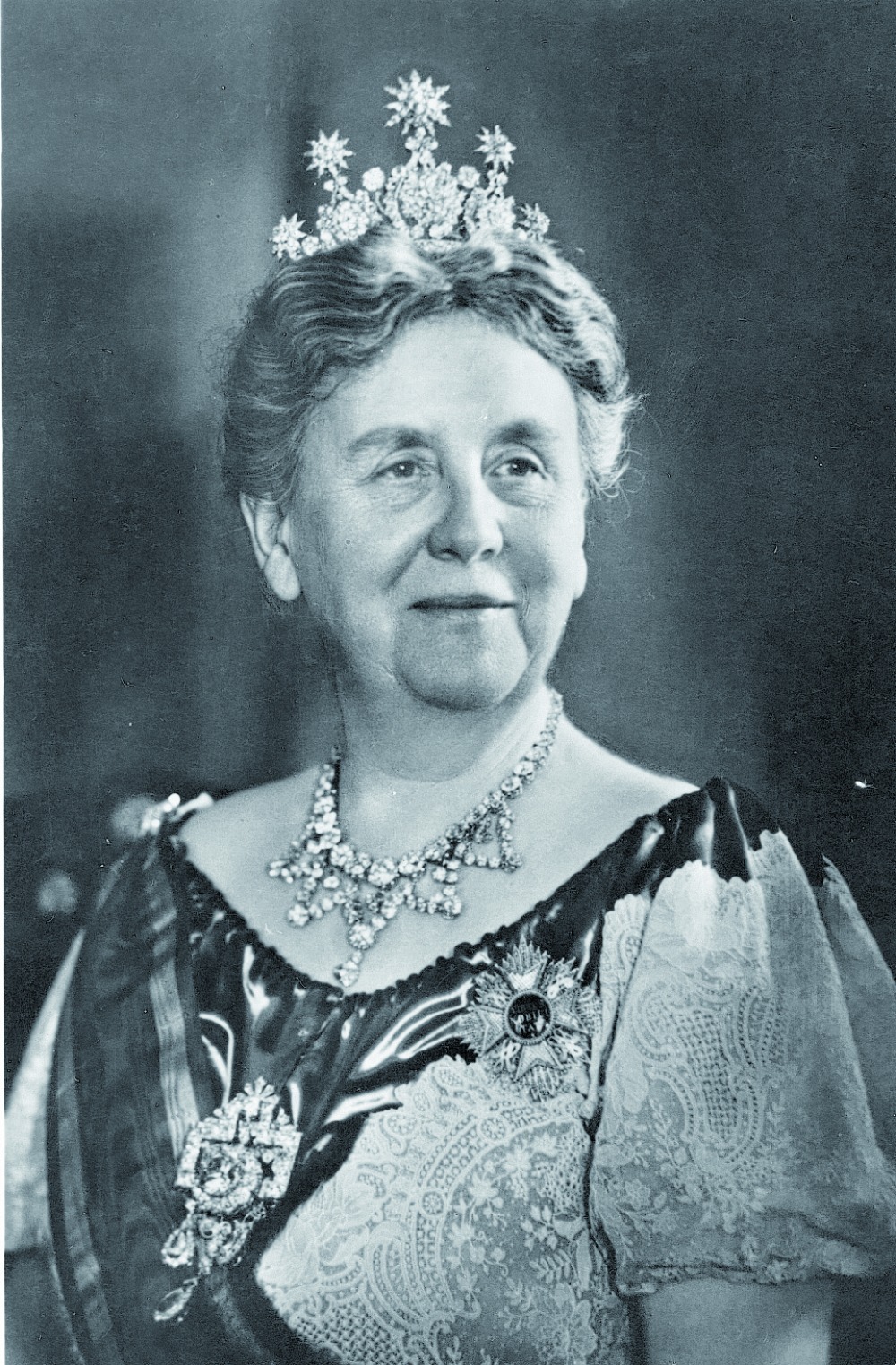 Queen Emma commissioned a diamond tiara with five stars. They are also be worn separately. Queen Wilhelmina wearing her mother Queen Emma’s star tiara on the occasion of her 40-year jubilee in 1938. Photo: Ben Grishaaver (Collection: Koninklijk Huisarchief, The Hague) 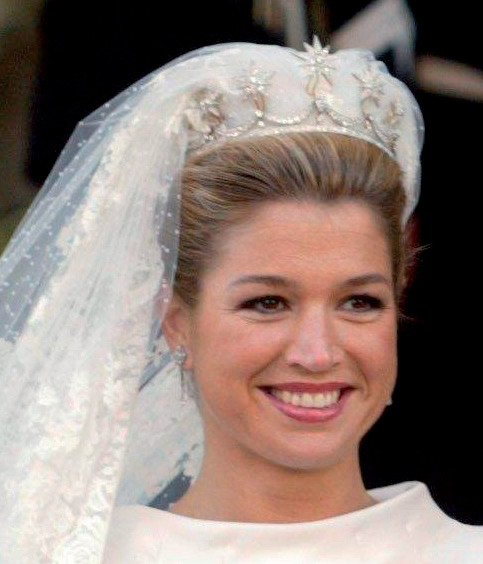 Princess Máxima with tiara during the wedding in the Nieuwe Kerk of Amsterdam on 2 February 2002. (Photo: Toussaint Kluiters-ANP)