The manufacture of a piece of jewelry

Although a solitaire (single, loose) diamond is splendid, many think that it is only really shown to advantage as part of a piece of jewelry. Goldsmiths have traditionally occupied an important place in the diamond industry. Together with designers, enamellers, engravers and setters, they ensure that the diamond is rendered fit to be worn in all its glory.

Until the first quarter of the 20th century, silver and especially gold were used as precious metals for jewelry in which diamonds were set. In Europe, diamonds were often set into silver mounts or placed on silver foil. this makes the stone glitter more and makes it appear larger.

When it became technically possible to refine and process platinum, this costly metal became increasingly popular for use in jewelry. Its combination of flexibility and hardness makes platinum suitable for making very fine settings, in which the diamond comes to its best advantage. 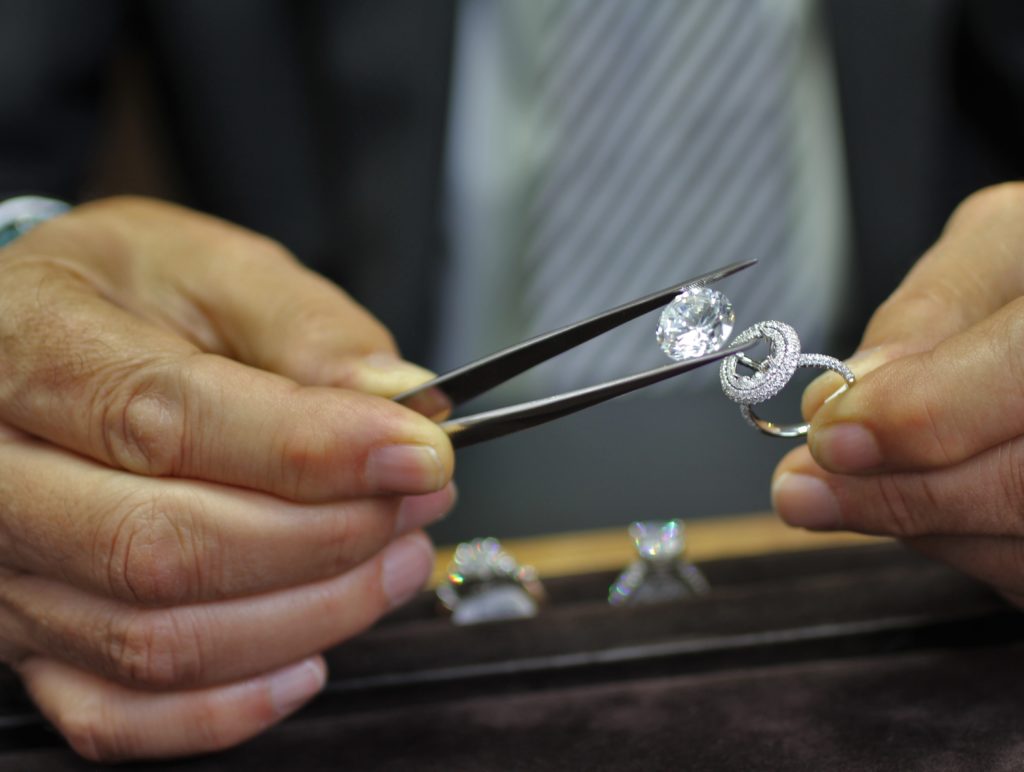 In line with national policy relating to the coronavirus, we will be temporarily closed for visitors. We hope to welcome you again from March 16, 2021.

Stay informed
Do you want to receive our latest updates? Sign up for our newsletter and stay informed!