The conglomerate of mining companies was established in 1888 and which operates under the name De Beers has dominated the South African diamond industry since 1929. It is the largest diamond company in the world, with 20 mines in a number of African countries, together amounting to more than 40% of the world production of diamonds (measured in value). It also collaborates with companies in Russia and Canada.

One part of De Beers is the Diamond Trading Company (DTC), the ‘Syndicate’, which controls over 45% of the world trade in rough diamonds. Because of this market position, prices can be kept stable, which is of great importance both for the producers, the wholesalers and diamond dealers, but also for private buyers. The producers not represented by the DTC, those who sell freely (Ghana, Brazil, Venezuela), profit from this stability. The total size of the world trade in rough diamonds was estimated at 17.5 billion USD in 2018. Aside from trade and distribution, the DTC (until 2000 known as the Central Seiling Organization (CSO)), also engages in diamond-related marketing and promotion. The campaign ‘ a diamond is forever’, which began in 1947, is renowned. 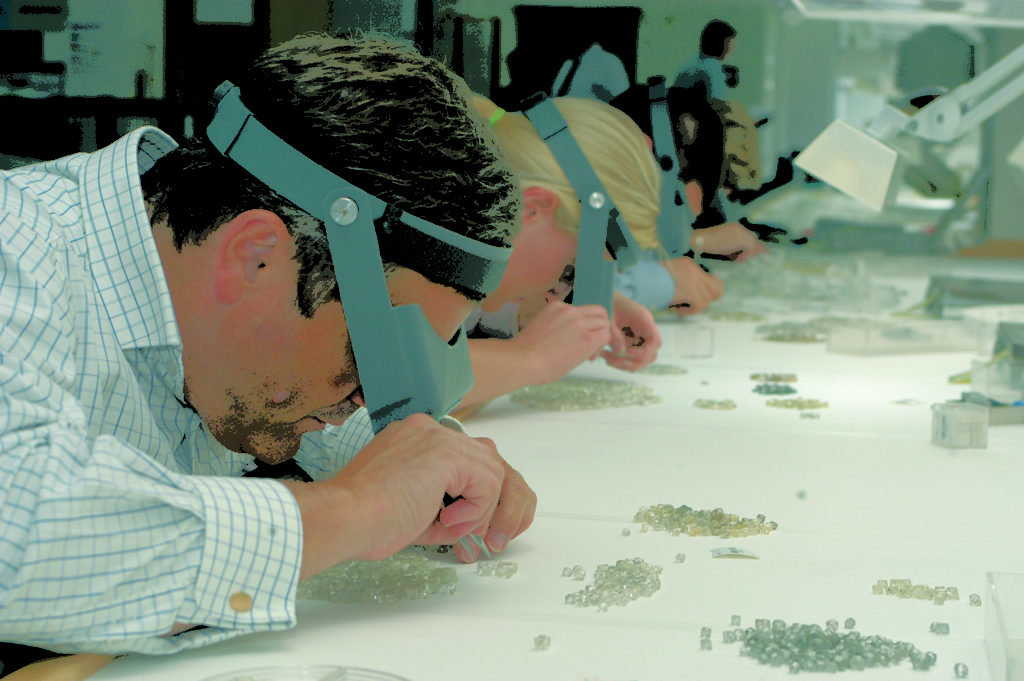