Crown of the Queen of Bavaria

The Crown of the Queen of Bavaria is part of the Bavarian Crown Jewels. It was ordered by Maximilian I from the Parisian jeweller Biennais between 1804 and 1807, after Emperor Napoleon I had raised the status of the Duchy of Bavaria to the status of kingdom (1806-1918) by the Treaty of Pressburg (1805). The Bavarian Crown Jewels consisted of two crowns, a sceptre, an orb and a sword.

The crown made for Queen Karoline of Baden has a diameter of 11 cm and is set with huge pearls, diamonds, rubies and emeralds. Like the other crown jewels, the crown was not worn during official ceremonies but placed on a cushion. 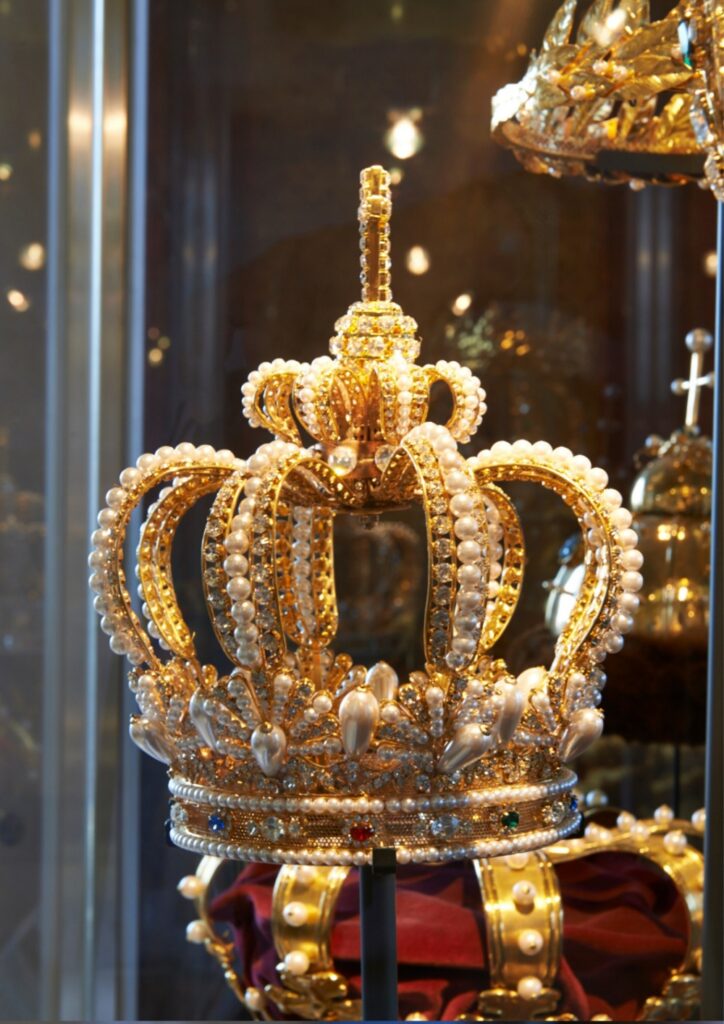