The stone is pear-shaped with 74 facets. The diamond was actually part of the largest diamond crystal ever: the Cullinan diamond of 3,106.75. This stone was found in 1905 in Transvaal, South Africa during an inspection tour of the Premier Mine. Mr. Joseph Asscher of Amsterdam tugged the Cullinan. But only after he had examined the huge diamond for nearly six months. Finally, he decided to cut out nine large and 96 smaller brilliants. When they were initially discovered, certain marks suggested that the Cullinan was part of an even larger crystal. However, the other missing part was never found. 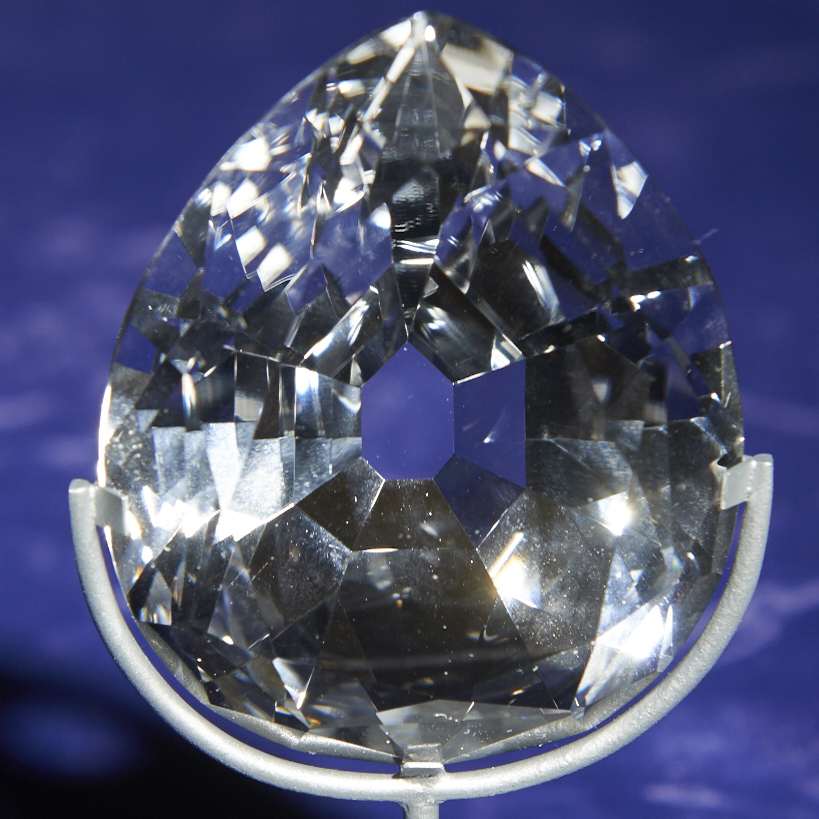