It was called European Champions’ Championship and from 1986 was renamed to European Community Championship (ECC). Its nickname was “Golden Racquet” tournament because if a player won the tournament three times within 5-year span, he would receive also a special trophy, a life-size, 13.2-pound gold racquet studded with 1,420 diamonds valued at $1,000,000

Only one person has achieved this in the history of the Diamond Games. In 2007 Amélie Mauresmo was able to take this piece of art home with her after 2 very close sets against our very own Kim Clijsters.

In 2005 Venus Williams came very close to winning this diamond racket, which is worth 1 million euro. Sadly she lost in three very close sets against the very same Amélie Mauresmo who was to take the racket 2 years later. 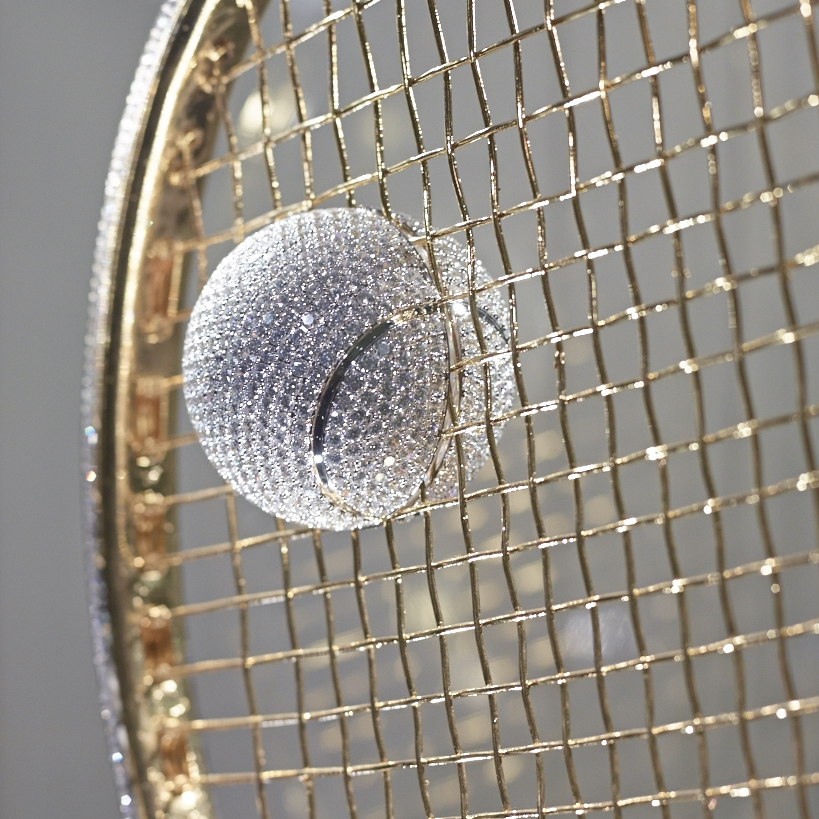