One of the most famous diamonds in the world is the Koh-i-Noor, which means ‘Mountain of Light’. In the 16th century, its value was estimated to be ‘the total income of the entire population of the world on a single day’. In 1849, the stone was taken by the British army as booty and presented to Queen Victoria. (left stone – replica of the original)

In 1852 she had the stone re-cut by the famous cutter Louis Voorzanger and bruter Fedder of Coster Diamonds. The stone was given an oval brilliant form, and reduced in weight from 186 to 105.60 carats. It was set in a brooch as well as in a crown. In 1937, the Koh-i-Noor was set in the coronation crown of Elizabeth, Queen Mother. (right stone – replica of the original) 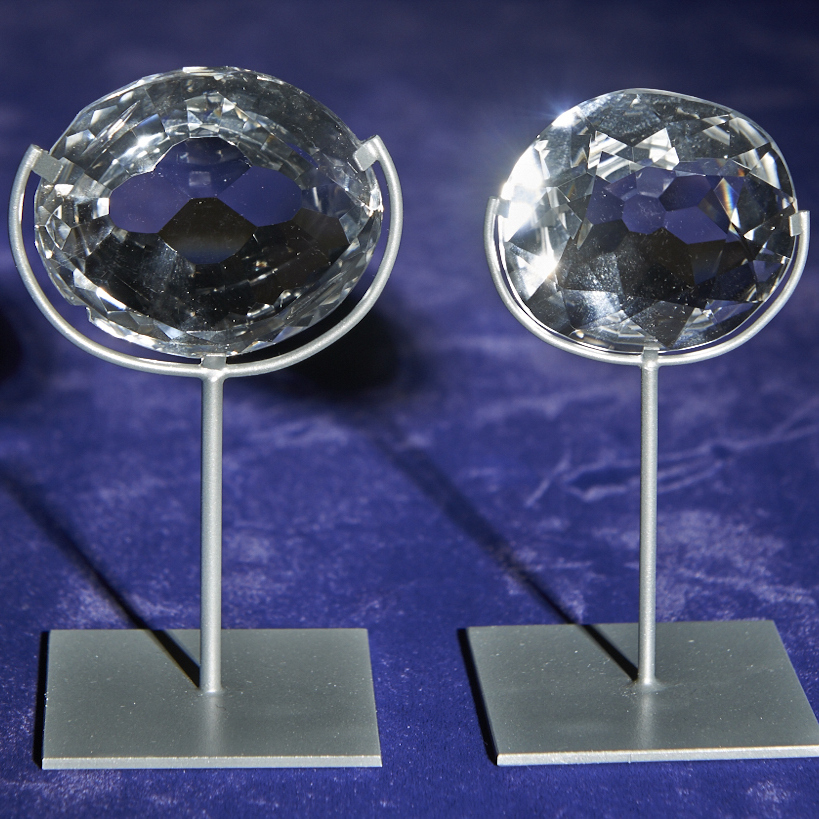