For the coronation of King George IV in 1821 a crown without arches was made, which the monarch was supposed to wear during the procession to the coronation church. At the very last moment, however, the king decided not to wear this royal circlet, or diadem, and the rented pearls and precious stones were returned to the jeweller. In 1838 the frame was once more set with precious stones and pearls, and was worn by Queen Victoria during her coronation. After her death, this piece of jewellery became state property. Queen Elizabeth II wears the regal circlet during the annual opening of the English parliament, and since 1952 she has been depicted wearing it on postage stamps. 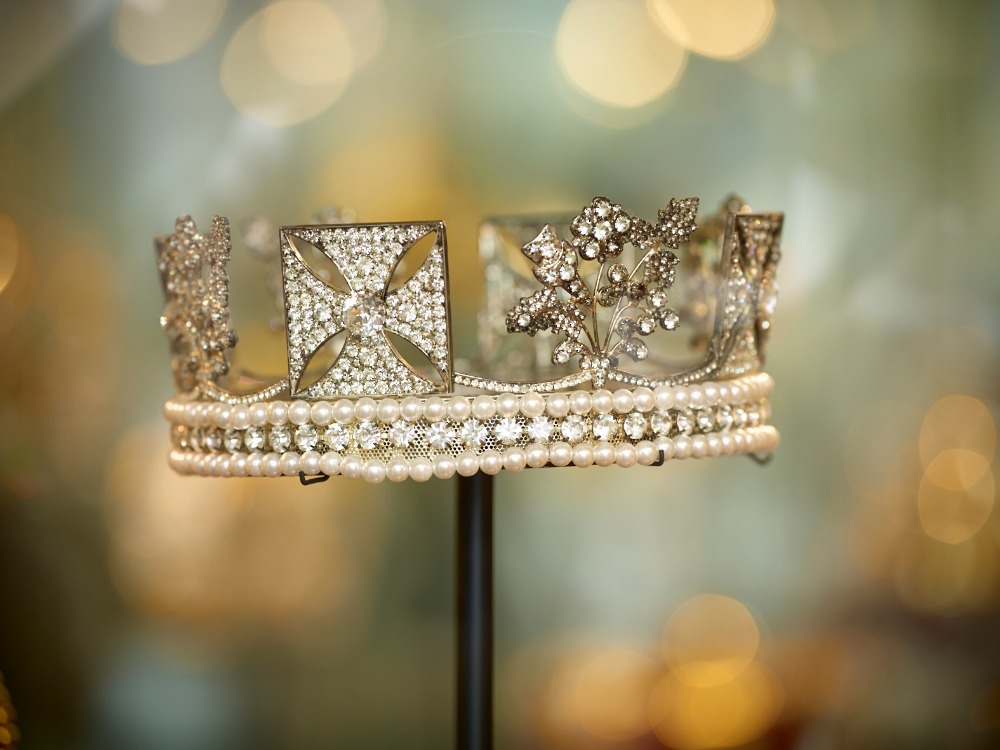