The Imperial State Crown of England

For the coronation of Queen Victoria in 1838, her predecessor’s coronation crown was not used, but a new crown was forged for her. Since then this has been known as the Imperial State Crown and is usually worn by the English Head of State every year during the ceremonial opening of Parliament. For the coronation of George VI in 1937, the crown frame, then nearly a century old, appeared to be too fragile. All the precious stones, including the Cullinan II diamond, the large red spinel also known as the “Black Prince’s Ruby”, and the sapphire from Edward the Confessor’s coronation ring were precisely reset into a new crown of exactly the same shape and design. 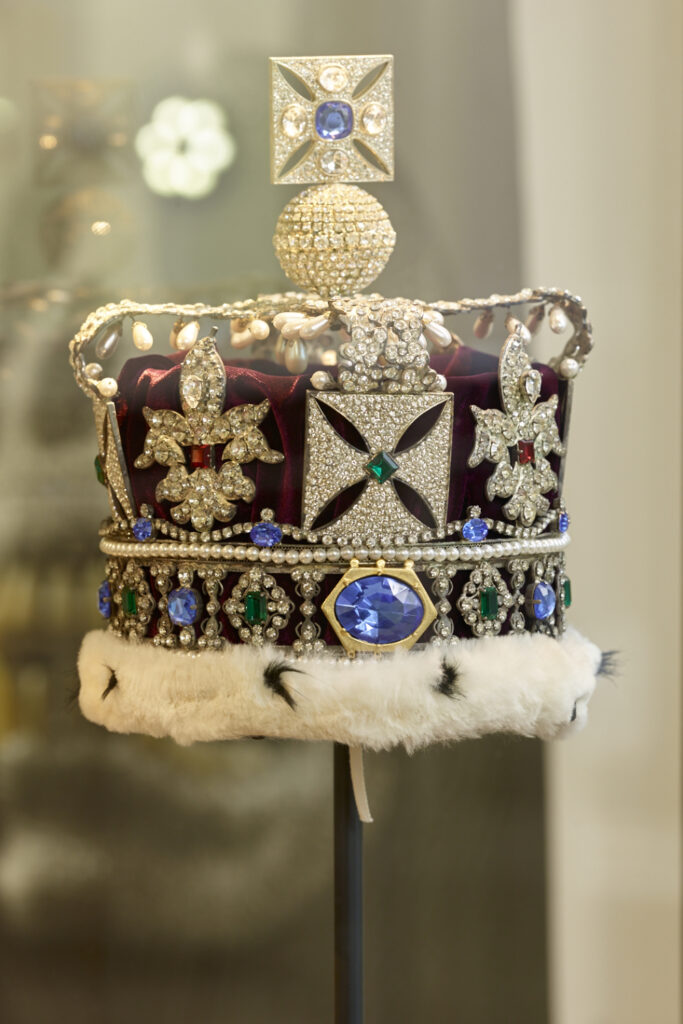