Tiara from the Russian Imperial Treasury

The last empress of Russia, who wore this tiara (which was crafted in the 19th century) was Alexandra Feodorovna, the wife of Tsar Nicolas II. After the end of the monarchy and the murder of the imperial family a large portion of the Russian crown jewels, including this valuable tiara, was sold by the communist regime. A small portion of the originally enormous crown jewel collection is currently on public display at the Kremlin Museum. 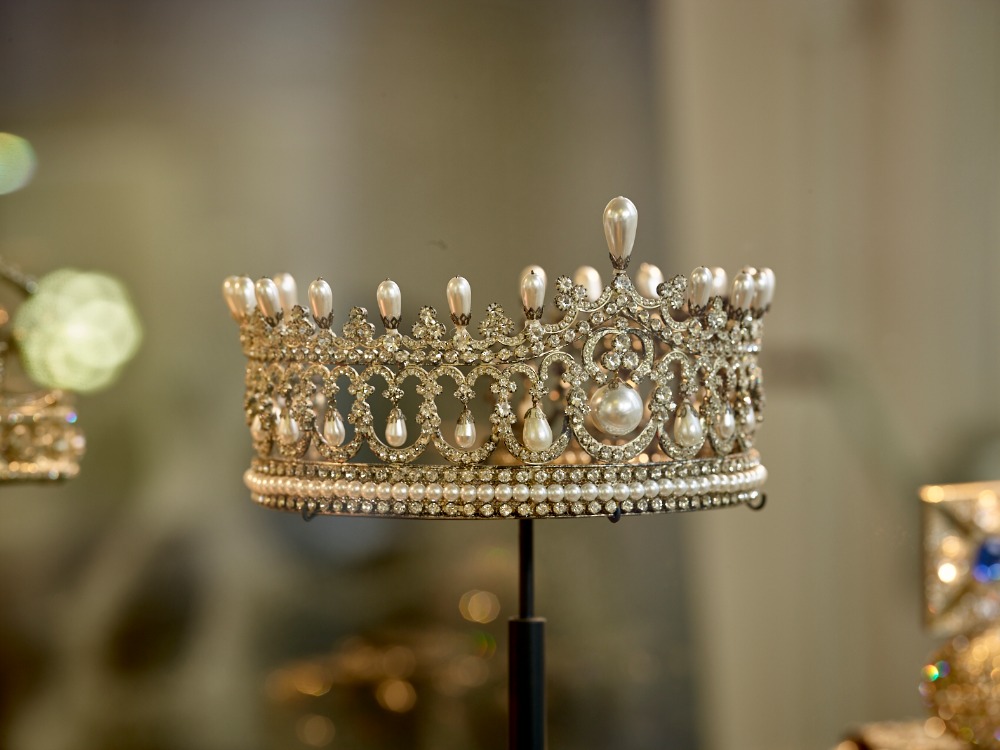