For more than four centuries, the diamond industry has been established in Amsterdam. The city has called itself the ‘City of Diamonds’ since its heyday in the mid-18th century.

The influx of diamond workers over the centuries was the result of war and oppression elsewhere. From 1576 onward, many Protestants and Portuguese Jews fled the Spanish (Catholic) oppression in the southern part of the Spanish Empire, making for the free cities in the North. After the fall of Antwerp in 1585, many diamond workers came from that city to Amsterdam. At the beginning of of the 17th century, Jews from Germany followed.

In the second half of the 17th century, Amsterdam became the diamond capital of the world. From that time, the city long remained an important centre for polishing and trading. The First World War, the Depression of the Thirties and above all the deportation of the Jewish population in the Second World Ware were, however, fatal to the diamond industry in Amsterdam. Since around 1965, Amsterdam has mostly been a center of diamond trading, focusing particularly on sales to consumers. 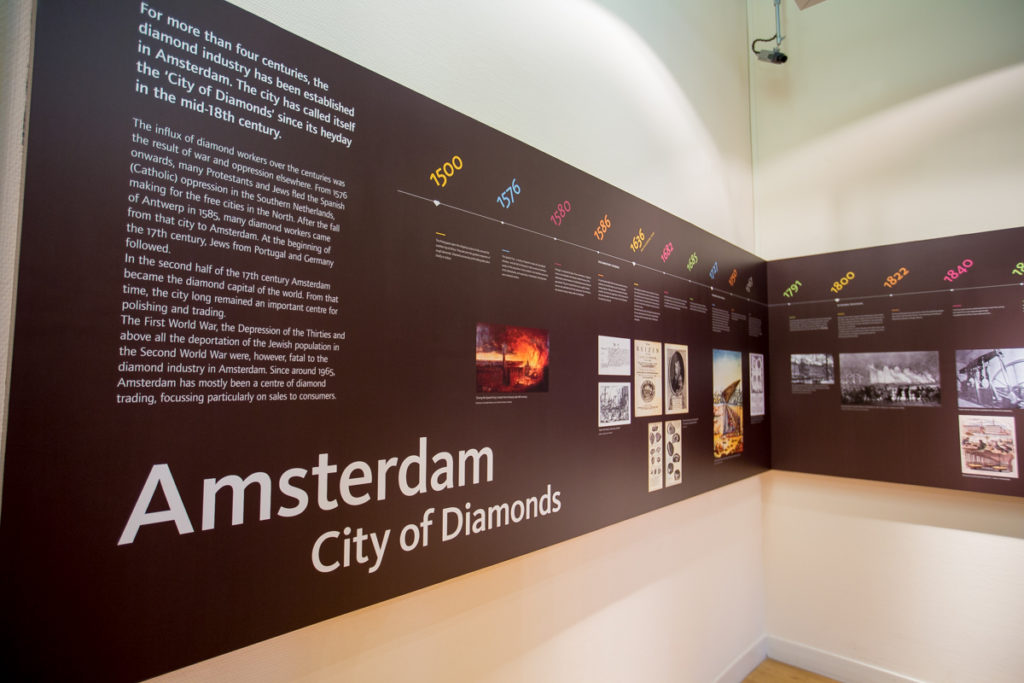