18 Jan Famous diamonds: The Star of the South

The Star of the South was discovered in 1853 in Brazil and is a type IIa diamond. With clarity of VS-2, a light pinkish brown color and 128,48 carats. It was displayed in several exhibitions all over the world, mainly in London and Paris, which improved its status greatly.

History of The Star of the South

In 1853, a 261,88-carat diamond was discovered in the Bagagem Diamond Mines in Brazil. An enslaved woman made the discovery and was rewarded her freedom and a life income for her honesty. This sort of rewards was given to honest mineworkers upon discovery of diamonds of reasonable size. Severe punishments were given to dishonest workers.

The diamond had many different owners before it was cut to a 128,48-carat stone by Royal Coster Diamonds Amsterdam. The cut was cushion-shaped and was given the name Star of the South by Halphen & Associates, who in their turn sold it to Mulhar Rao, the Gaekwar of Baroda; the ruling prince of Baroda at the time. The Gaekwar used the Star of the South, also known as Estrela do Sul, in a necklace, specially made to show off the Star of the South and another diamond, the 78,5-carat English Dresden. 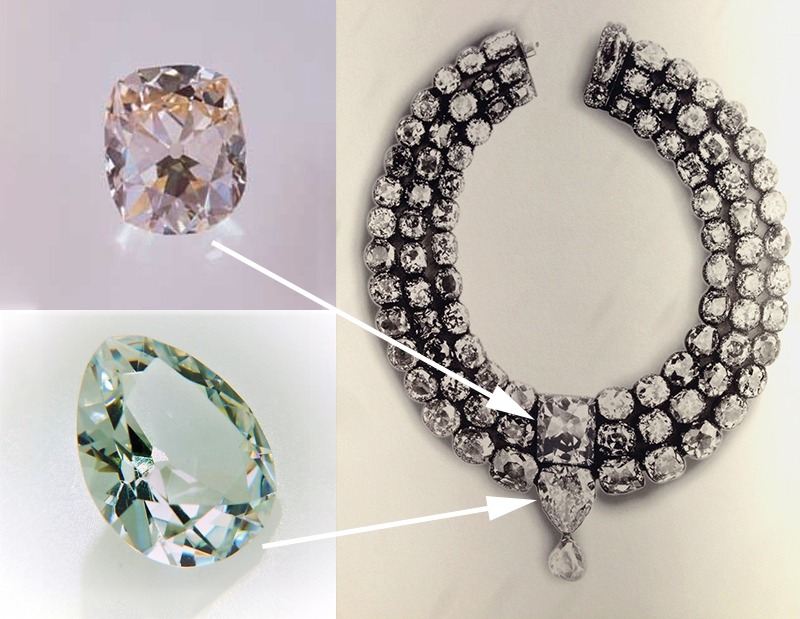 The Star of the South (top left diamond) has a fancy light pinkish-brown color. The other one is the he English Dresden (below in green).