Brown is not an uncommon color for diamonds like blue or purple are, rather it is the most common diamond color in the world. Due to a large number of brown diamonds, they were not favored much for jewelry but were instead reserved for industrial purposes.

A marketing campaign started in Australia in the ’80s to promote their use for jewelry. With quite a bit of success, we might add as celebrities have started to wear what most people now refer to as chocolate diamonds rather than brown diamonds. Some examples of such celebrities are Halle Berry, Jennifer Love-Hewitt and Teri Hatcher. 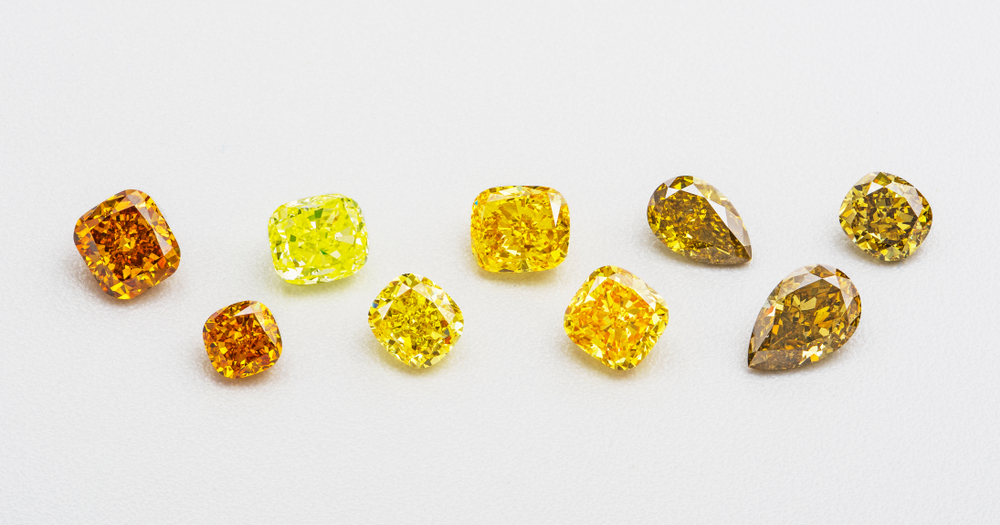 There are many variations when it comes to brown diamonds. Champagne diamonds, for example, vary from light brown diamonds that have a golden glow, making them an excellent choice for jewelry, to darker brown diamonds known as dark champagne.

Another brown diamond color that is quite popular is cognac, which is dark brown and truly looks like it has a fire within combined with a deep golden hue that lets cognac diamonds stand out in the world of diamonds.

There are also some amazing brown diamonds that impress due to their size. The Golden Jubilee, for example, was discovered as a 755.5 carat diamond that was later cut into a 545.67 carat diamond. At first, it wasn’t considered valuable, seeing as it was brown and had many flaws from cracks to inclusions.

Therefore, the diamond was actually used to test new cutting tools and techniques which took over two years due to the size of the diamond. The result was astounding to most as the diamond not only became beautiful but held the title of largest faceted diamond in the world.

Even with this record, it remained in the shadows for another decade before it was bought as a present for the 50th coronation anniversary of King Bhumibol Adulyadej of Thailand. The diamond was even blessed by Pope John Paul II, the Supreme Buddhist Patriarch and the Supreme Imam in Thailand and now resides in the Royal Thai Palace as part of the crown jewels. It is estimated to be worth somewhere between 4 and 12 million dollars. Not bad for a diamond that was merely used to test some new tools.